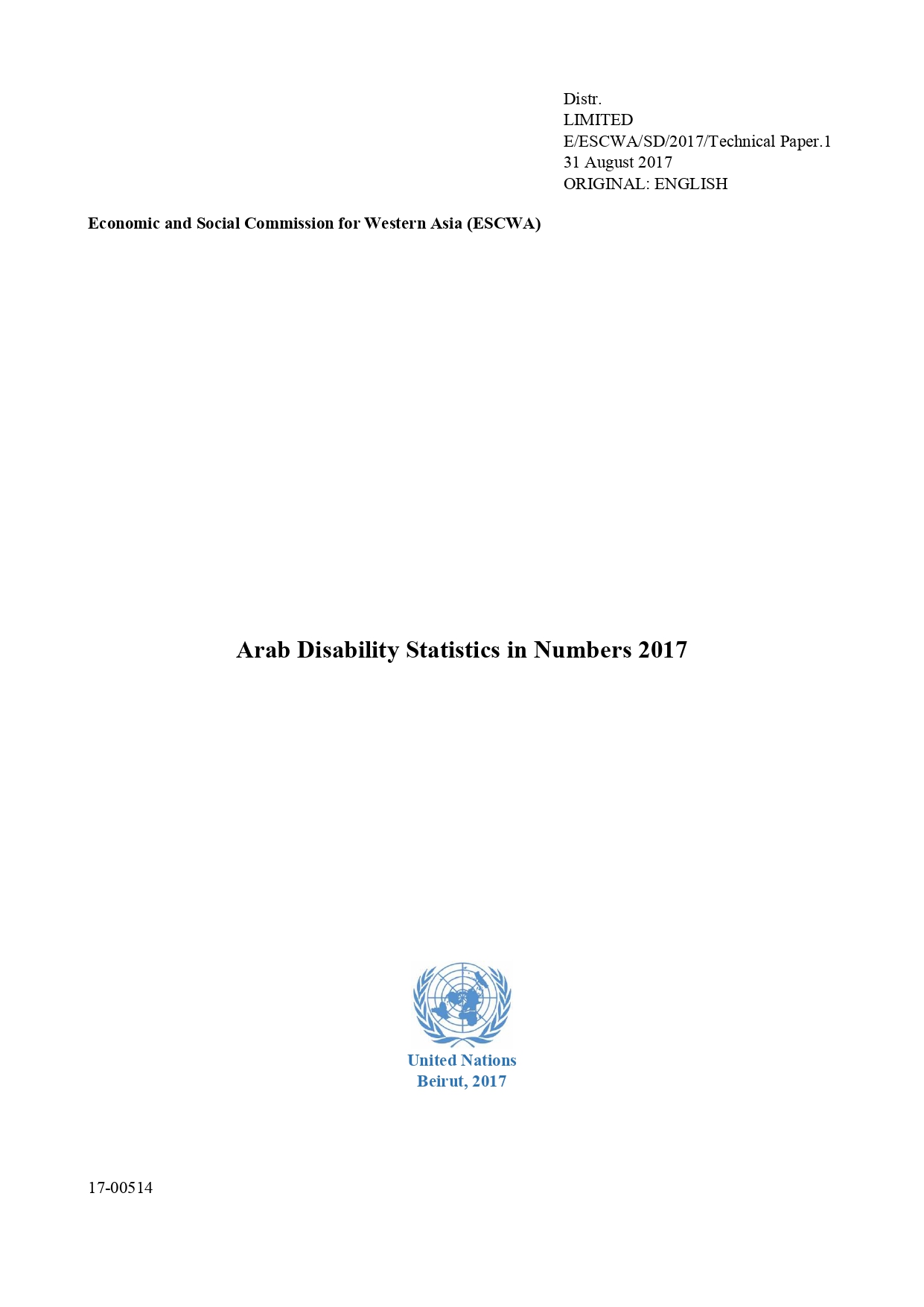 In the Arab region, an increasing number of countries have been following the Washington Group (WG) approach as per the recommendation of the fifth meeting of the Task Force on Population and Housing Censuses (Beirut, March 2009), and in line with Revision 2 of the Principles and Recommendations for Population and Housing Census.  As a result, data on disability are more readily available and harmonized.

This brief presents the situation of persons with disabilities in comparison with those with no disabilities in numbers. All data featured are national data compiled and verified by the ESCWA Statistics Division in cooperation with member countries.

The e-publication Arab Disability Statistics in Numbers 2017 is based on national data, harmonized to the extent possible, to allow for regional analysis, based on different sources such as population censuses and household surveys for poverty, labour force, health and household budget, cross-cutting in a number of socioeconomic areas.